POLYAMORY – WHAT YOU NEED TO KNOW

Often people want a little more in their lives but they don’t want to lose their primary established relationship (for example the traditional married couple) but they need more sexually or emotionally to fulfil all their needs, or they may feel they have too much love, energy, passion etc for just one person, so how does it all work?

In short “polyamory” us a consenting relationship with multiple people, the term covers many variances of consensual non-monogamy. If you look up the term poly it will come up with so many types of dynamics and relationships and can literally be anything from a couple taking an extra person in for both, or a man wishing to have two partners or even both wanting to date other people regularly but for the most part, unlike swingers, polyamorous partnerships are usually looking for long term love engagements of varying degrees. 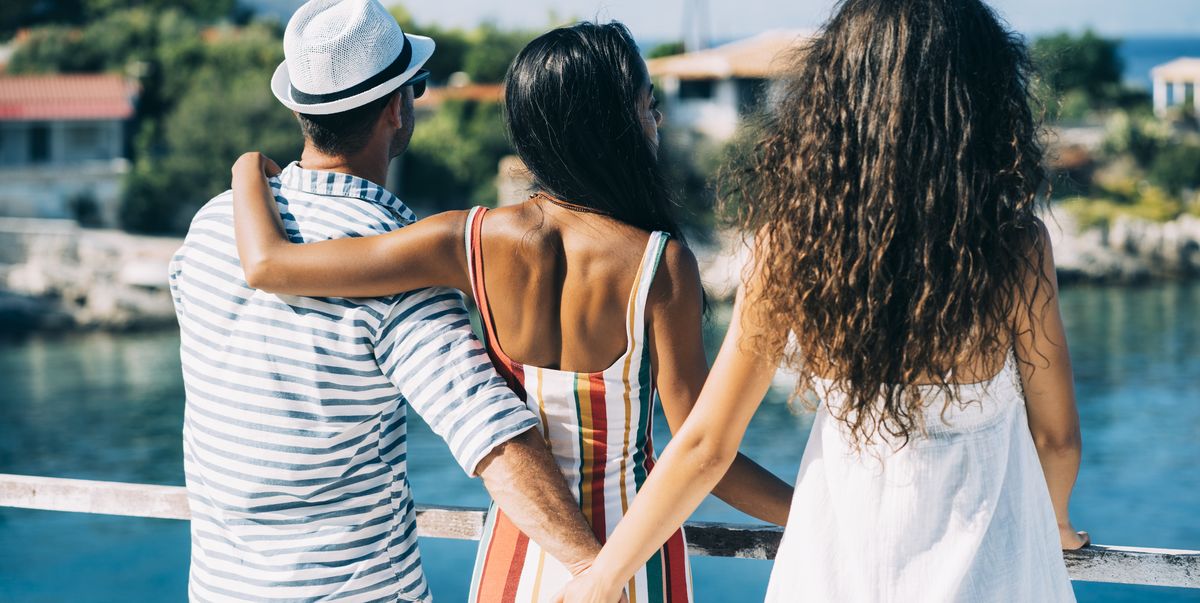 Throuples can often be a common form of Poly where three people will be involved intimately. They don’t always live together and can be confused with a “triad” but not all triads are throuples which is where it can seem complicated, but the difference is Triads tend to be one person who is essentially dating two other people separately without the other two having any kind of friendship or relationship together. Throuples tend more to be three people who all have a more emotional and sexual connection together, some will live together and some not but they treat their relationships as serious and committed to each other in meaningful ways as a traditional couple might.

Polyamorous relationships can be as simple as a throuple that is only connected to each other, or as complicated as a network of people who can be involved or not involved with each other.

In these relationships, there are metamours, which are people who your partner is seeing but you are not involved in.

Everyone in the network is commonly known as a polycule, no matter how many people are in it.

Is polyamory the same thing as polygamy?

Polygamy is illegal across the United states (although some communities will still have various forms of spiritual ceremonies or union) but polygamy is normally associated with cults or religions for instance a man will take 10 wives and bare many children with all of them (this can also be referred to as polysemy). Certain parts of the world like Africa still have many of these kinds of arrangements especially if a woman is unable to produce children the man may take additional wives.

However Polyamory tends to be less of a masculine control thing just wanting many wives and more of a mutual understanding between partners for having additional long term loving relationships. Polyamory is not just about sex (unlike swinging), both polyamory and open marriages are way more focused on establishing a love and relationship connection. If it is more about the sex then it is unlikely it would fall into the poly category and more of an open or swinging one. Much like monogamous couples, polyamorous relationships have a sense of consensual, mutual interdependancy. That’s what distinguishes polyamory from other forms of consensual non-monogamy.

Usually there are primary and secondary partners in a polyamorous situation, the primary being a long term partner or spouse, maybe someone you are more financially dependent with or committed to as far as children or independents and the secondary being someone who has been invited to the relationship later or who may not necessarily be as intimately linked to you as your primary partner, but fulfill a need, romantic, sexual or otherwise, in your life.

What are the benefits of a polyamorous relationship?

First thing is first, Poly is not for everyone. It can come with a lot of issues to combat and overcome, jealousy can arise and insecurities can quickly split up what used to be a perfect partnership as one may feel they are not getting as much attention or respect as the other(s) so it is very important from the outset to lay down a clear line of expectations and definitions from each party involved.

Poly will work for very secure, open-minded partnerships that are fine with their partner sharing the same amount of love or attention to someone else, and commonly most who are poly have usually found this as their “lifestyle” from young, people who wish to have long term loving relationships but will not commit to just one person. If someone has been poly it is doubtful they will ever be happy in a single monogamous situation for long they will find it far too restrictive or inhibiting..

Communication, much like in many of the lifestyles (BDSM, Swinging, Cuckolding etc) is absolutely essential in Polyamorous relationships, if you are feeling a sense of insecurity it is essential it is addressed immediately as jealousy can start feeding into and destroying a relationship quickly if not put to bed. It has been known for poly couples to “veto” others out of the relationship if they feel they are becoming too close with their partner but this can be very toxic and damaging to all involved so it is important to just lay out your boundaries with your partner and if it’s relevant as a throuple then speak with both partners and make mutual agreements.

People in polyamorous relationships may also face backlash and further complications related to their race, gender and sexuality. Often people will assume the spouse is being “forced” into sharing their space with another woman or partner but true poly does not work this way it should all be very consensual.

Also often some will see poly as an excuse to just cheat, “my partner let’s me have one partner so sex with someone else won’t matter” NO! This is wrong, cheating will always be cheating, these types of dynamics only ever work when they are 100% consensual with openness, understanding, communication and acceptance. Much like swinging some folks will try adding a poly in to spice things up when their situation has become “boring” or stagnant but this is dangerous for all concerned and often the additional person that comes in is left spinning in the middle and hurt while you guys battle out your issues so do not think about adding another partner unless you are absolutely confident and secure in your current relationship.

Are you Poly? What have your experiences taught you?Are you and your partner considering it or you wish to join a partnership? Talk to us

For More on different type of Poly Dynamics Click Here