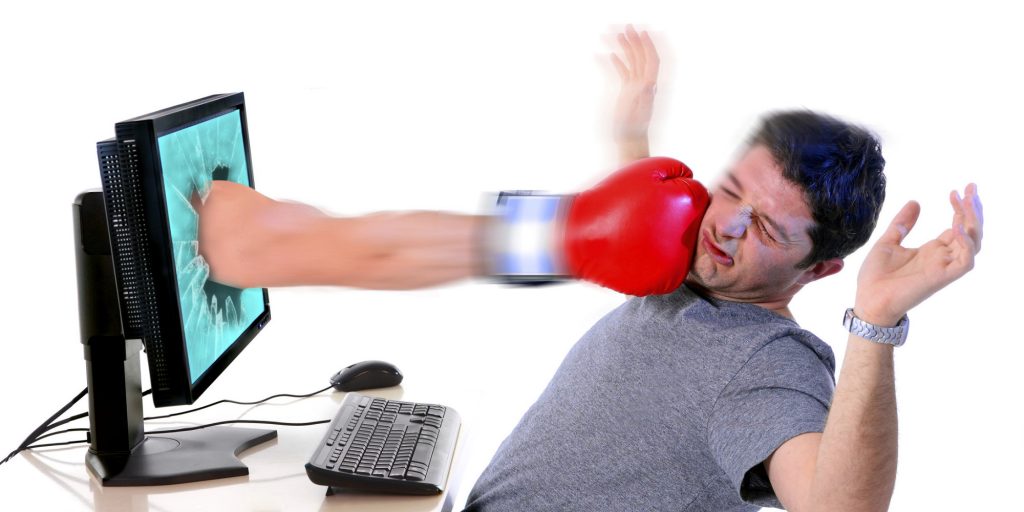 Do you feel like you are being bullied over your choice of the next President or are you bullying people into trying to sway your way on their election vote?

So here we are, the final day of Voting for 2020, this year has been insane with rioting, protesting, Covid, lockdowns, losses, and then the massive social divide….

Why is it that people HAVE to force their opinions down the throats of others? What is worse, is that not only do some get in heated discussions they are willing to actually lose social friendships they have had for years, just to be RIGHT or be HEARD!

For instance, I was on my social media earlier and read through a terrible debate where they are calling each other some seriously vile things simply because one supports Trump and the Other Supports Biden. Much like religion do we really have a right to DICTATE what people choose to believe or vote for? For example, does it really make me a complete brainless ahole if I happen to have been bought up with strong parents who are right (or left) and I have grown to take on and believe their views and I strengthen that with whatever network I chose (and have probably grown up with)?

Or can I be a grown up and RESPECT that thousands of soldiers have lost their lives so WE and I can have own freedom of rights and speech to THINK and DECIDE what we want for ourselves and what we think are the right choices to make for our Family.

Have we really got to the stage where it’s ok to start boarding up our businesses the day before in the expectations of riots because society might not like the results of who wins. Are we really ok with this tantrumous behavior of going to the streets and “burning shit down” every time we are not getting the desired results we want? Is this what we call a FREE SOCIETY?

I have actually experienced people commenting on my posts saying things like “oh it doesn’t matter the insurance will pay” .. are we really that naive to think that the cost will not come back on the everyday person already struggling through this crazy COVID minefield? The insurance Companies have lost over 1billion in roit damage this year so someone has to pay for that, and it’s most likely your parents, brother or sister so these people can go make their point?

What is being achieved right now except a huge social divide, an economic collapse and teaching our young that it is ok to break laws, defund the police and do what the hell you want if you do not like the way things are?

I feel distraught and frankly pretty depressed at what social platforms have become, what used to be a fun place to jump on line and check up on my friends in foreign places or other states, has now become a battle ground of disrespectful people who seem to have totally forgotten FREEDOM OF CHOICE AND SPEACH and the simple basics of kindness and respect for our fellow man. I feel even more deflated when I hear from my 13 year old that she is terrified what is going to happen when more people get killed and hurt during election riots!

We then have hoards of “celebrities” endorsing one or the other. Not because they have spent anytime in political studies or have backgrounds in the political world and for the most part can make an UNBIAS EDUCATED decision – but because it’s simple for them just to throw their choice out there depending on what fit’s their personal agenda and sway thousands of “fans” that this is the right way to go! So you sing, or play basketball but now you are an expert in who is going to make the next best president to the point you are going to irresponsibly lead your followers like a lamb to the slaughter without actually spending a vast amount of time learning the true politics involved for you to make yourself a “leader”

If this is what we are educating and leaving our youth, that this is the way things should happen then we really do have much bigger problems right now!

What are your thoughts on this issue, do you genuinely feel it is ok to HATE, BULLY, ANTAGOIZE and FIGHT with someone with opposite beliefs to yours, especially on a public platform for all to see? Join in the convo we want to hear your opinions.